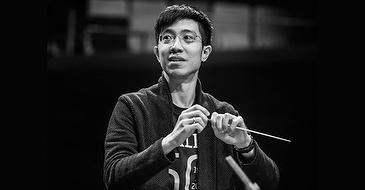 The 32-year-old Chuang, who is currently studying at Musikhochschule Weimar, a widely recognized music school in Germany, took the top spot in the final round of the competition, after beating two other finalists from Germany.

According to Taiwan's representative office in Denmark, 317 young conductors came from all over the world to compete in the event.

The jury selected 24 out of the 317 to compete in the four rounds of the competition, and Chuang and his two German rivals -- David Niemann and Jesko Sirvend -- advanced to the finals.

In the final round, Chuang conducted a symphony orchestra to perform the first movement of Brahms' Symphony No. 1 in C minor, Op. 68, and a musical selection from Masquerade, a comic opera of Danish composer Carl August Nielsen, impressing the jury and winning the competition.

Chuang was awarded 20,000 euros (US$22,400). In addition, the Taiwanese musician has jury president Sakari Oramo as his mentor for the next three years.