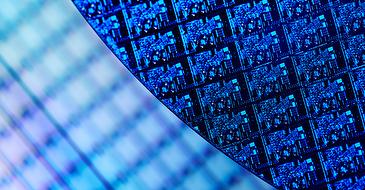 According to market reports, the world’s largest contract chip manufacturer, TSMC, is scheduled to initiate a 10nm pilot line in June at its 12-inch wafer plant in Hsinchu, northern Taiwan.

With the 10nm FinFET node, TSMC is hoping to secure sizable orders from Apple’s A10 chip. Samsung Electronics has also been tipped to be in the race for Apple’s orders. Meanwhile, Nvidia has announced that TSMC would remain its primary manufacturing partner for the company’s 16nm FinFETs and 10nm GPUs.

“We are constantly evaluating foundry suppliers,…[but] we largely purchase from TSMC, the vast majority of our wafers we buy from TSMC. We are in 20nm, we are expecting to ramp 16nm. We are deeply engaged with TSMC for many, many nodes to come, including 10nm,” said Nvidia CEO Jen-Hsun Huang at the company’s latest earnings conference.

Having said that, Huang also mentioned that processes aren’t the only ways to make GPUs better. “There are just so many ways for us to deliver energy efficiency and performance,” he said. “But we are always looking at new foundry suppliers, and competition keeps everybody sharp……But for all intents and purposes, TSMC is our primary partner,” said Huang.