The Effects of China's Industrial Transformation 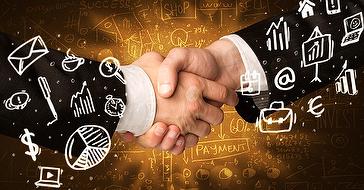 The main reason behind this shift in Taiwan's import sources is the industrial transformation and upgrade currently taking place in China, namely the expansion of its electronics industry and the rise of its “red supply chain.” Meanwhile, this presents an opportunity for Taiwanese brand owners to develop their low to middle tier product lineups by building on the cost competitiveness of the "red supply chain" through either outsourcing or joint manufacturing. As for Taiwan's ODM service providers, there are opportunities in forming industry alliances and integration, as well as furthering their component compatibility, product mix, delivery capability, innovation, and value-adding business models to sustain their competitiveness.

With the bilateral trade between Taiwan and China on the rise, an important task at hand for Taiwan would be to tackle the Cross-Strait trade barriers. On this front, Taiwan and China have made steady progress in terms of furthering their trade in goods, trade in services, bilateral investment, dispute settlement, and economic cooperation since the ECFA signing in June 2010. The pact enabled the export industries of Taiwan to gain better access to the China market and attracted additional investments from international investors. In turn, Taiwan was able to expect job growth and price reduction on imports. Perhaps more important is that EFCA might become an important safeguard for Taiwan in weathering the effects of the China-Korea FTA; the pact may even present itself as a linchpin in Taiwan's bid to join other regional integration pacts in future.