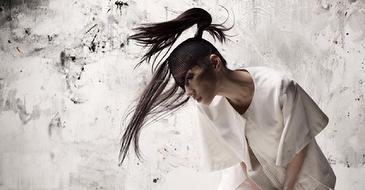 Marvin Lin, winner of the Best Photography Award at the 2015-2016 AIPP Awards Ceremony in London, is the first hairdresser from Asia to win the award.

Lin said he submitted six photos selected from over 1,000 in the competition. Taken in Taipei June 1 based on the theme "zen," the photos feature four models with traditional Chinese landscape paintings in the background, he said.

The movement and stillness presented in the photos reflect his pursuit of perfection over the years, Lin said.

He said the award is not only an honor for himself but also recognition of Taiwan's hairdressing industry.

The AIPP awards have been held annually since 1997. This year, the competition drew a record 647 entrants from 36 countries.