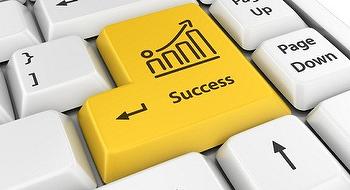 Germany is Taiwan’s 10th largest export market in the world and has been the top European market for Taiwan for many years. Germany accounts for approximately 20 percent of Taiwan's exports to Europe and exerts significant influence on Taiwan’s export performance in the overall European market. In 2014, Taiwan’s exports to Germany increased by 9.2 percent, which led to an overall increase of 3.5 percent in Taiwan's exports to Europe. However, in the first six months of 2015, despite the steady economic recovery in Europe, Taiwan’s exports to Germany registered a decline of 2.2 percent and 11.7 percent to Europe respectively. The decline was due largely to the decrease of “Basic Metals and Related Products,” Taiwan’s second largest exporting item to Germany, which caused a downward slide in the former’s total exports to the latter.

Germany’s imports from Taiwan and South Korea are highly similar, namely electrical equipment (HS85) and machinery (HS84), as well as vehicles and bicycles (HS87). In 2005, there was a large difference between the market shares that Taiwan and South Korea held in Germany’s import market, where Taiwan (0.83 percent) trailed South Korea (1.44 percent) by 0.61 percentage point. However, the market shares held by both countries began to slide after 2005, with South Korea taking a heavier dip than Taiwan. This development gradually closed the gap between the two rivals, where in 2014 South Korea (0.87 percent) and Taiwan (0.77 percent) were separated by just 0.1 percentage point. Moreover, in the first half of 2015, Taiwan (0.84 percent) overtook South Korea (0.78 percent) for the first time and registered the highest figure in 10 years, which made Taiwan Germany's 25th largest source of imports.

For the second half of 2015, it has been estimated that Germany’s employment, manufacturing, services, consumption and retailing will continue to see upward trends. Furthermore, Germany's push for “Industry 4.0” is expected to bring about an industrial revolution and present new opportunities for Taiwan's export businesses. As the movement is focused on the integration of machinery manufacturing, electronic and electrical equipment, and the use of information technology, which are fields that Taiwanese enterprises excel at, it would be in Taiwan's interest to grasp the corresponding export opportunities. In addition, Germany’s participation in the China-led “One Belt One Road” initiative has boosted closer economic and trade relations with Mainland China, any related implications of which for Taiwan-Germany trade are worthy of continued observation.