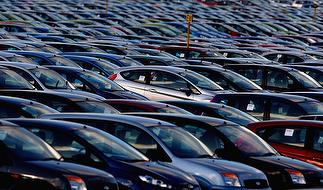 Hotai Motor said the 327,000 units included 75,166 imported cars, 24.4 percent more than in 2009. The strong growth in imported vehicle sales was helped by such favorable factors as the launch of new models and the depreciation of the euro.

In December 2010 alone, car sales in Taiwan totaled 30,808 units, down 31.5 percent from a year earlier and 5.9 percent lower than in November, while sales of imported cars reached 7,580 units, down 17.2 percent year-on-year but up 8.8 percent month-on-month, Hotai Motor said.

Hotai Motor said the fall in December sales reflected tight supply among local car makers, who were unable to meet demand and were forced to pile up orders for January 2011 delivery.

The car dealer said it still has more than 10,000 units on order from December 2010 awaiting delivery.

In addition, the government offered subsidies to car buyers in 2009 to help the car industry survive the global economic meltdown, and many consumers scrambled to buy in the last month of the year before the preferential program expired, pushing December 2009 sales figures artificially higher.

Hotai Motor said that with January the peak season for the car market and many vehicles ordered in December still to be delivered, it is likely that car sales in January will total 45,000 units.

A sale is not officially counted until a car is delivered to the buyer.

In November, the government raised its forecast for Taiwan's 2010 gross domestic product (GDP) growth to 9.98 percent from an earlier estimate of 8.24 percent after the economy grew 12 percent in the first nine months of 2010.

Please click car and automobile for related products on Taiwantrade.