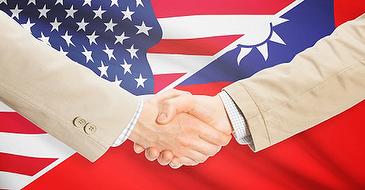 Taiwan remained the 10th largest trading partner of the United States in the first half of 2015, according to recent statistics released by the U.S. Department of Commerce.

Two-way trade in goods between Taiwan and the U.S. in the first half of the year totaled US$33.57 billion, up 0.5 percent from a year earlier.

Taiwan's exports to the U.S. market grew 2.9 percent year-on-year to US$20.71 billion during the period, while Taiwan's imports from the U.S. totaled US$12.87 billion, down 3.1 percent from a year earlier.

Taiwan was the United States' 14th largest export market and 11th biggest source of imports, and it retained its position in 2014 as America's 10th largest trading partner, the data showed.

Canada was the U.S.'s biggest merchandise trading partner; the two partners registered US$294.2 billion in a bilateral trade in the first half of the year.