Taiwan ranked eighth best country to live in as expat 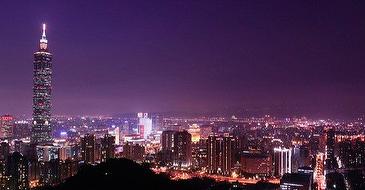 According to the 2015 Expat Explorer Survey released by the British banking and financial service group, HSBC, Taiwan is the eighth best country in the world to live in as an expatriate.

The survey, conducted in about 100 countries around the globe, is based on responses from 21,950 expatriates to questions about managing finances, career progression, local culture and quality of life for their children.

Combining these factors, Singapore is the best place overall to live and work as an expatriate, followed by New Zealand, Sweden, Bahrain, Germany, Canada, Australia, Taiwan, the United Arab Emirates and Switzerland.

An analysis of viewpoints expressed by expatriates in Taiwan shows they have little difficulty settling in, while two thirds enjoy immersing themselves in Taiwan's rich culture.

Taiwan does not rank as high as some destinations in terms of financial incentives, but there are other positives, according to the survey.

Although less than one third indicated earning prospects are better than at home, a similar number said Taiwan is a good place for career progression.

The Expat Explorer survey, now in its eighth year, is commissioned by HSBC Expat and was conducted by third party research company YouGov between March and May 2015.