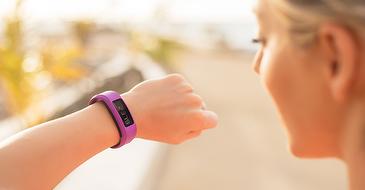 Japan in mainstream TFT-LCD and AMOLED panel technologies, they have the

According to a recent report by market researcher Digitimes Research, Taiwanese

Also, the Taiwanese panel producers have been strengthening their research and

development efforts for use in smartwatches and smart wristbands, the Taipei-based

Optronics Corp. are trailing relatively behind in the two sectors and need other

technologies to compete in the wearables segment, Digitimes Research said.

vendors in China in a bid to maintain their presence in the segment, Digitimes

Inc., will continue to act as the main producer of the technology while also pushing

Another research group IHS Inc. has forecast that the display panel market for all

types of wearable electronic items will enjoy very rapid growth in the years to come,