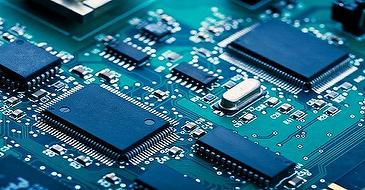 Taiwan's integrated circuit sector is estimated to see its production value grow by more than 5 percent in 2015 with the growth momentum of the wafer foundry and IC design businesses expected to pick up in the second half of this year, according to the Market Intelligence Center.

In a report, the MIC, which is under the government-sponsored Institute for Information Industry, said that global demand for dynamic random access memory (DRAM) chips will likely stabilize in the third quarter, giving another boost to the entire semiconductor industry in Taiwan.

The MIC said that the production value of Taiwan's IC industry is expected to total US$76.06 billion, up 5.5 percent from a year earlier. The growth will beat the global average.

The market advisory group said that due to a fall in personal computer shipments and lower-than-expected smartphone growth, the global IC industry is expected to see its production value grow only 3.8 percent from a year earlier to US$348.8 billion in 2015.

The MIC said that Taiwan will benefit from solid demand for high-end IC production technology processes in the second half of this year to reverse a relatively slow pace seen in the first half.

Due to an increase in shipments in chips made on advanced processes, local wafer foundry operators are expected to maintain their capacity utilization at high rates, the MIC said.