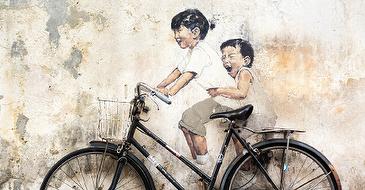 The ever popular annual Taiwan Cycling Festival will open on Oct. 30, with cyclists from home and abroad taking part in the Taiwan KOM Challenge, a 105-kilometer hill climbing ride from Hualien on the east coast to Hehuan Mountain in central Taiwan.

The 2015 cycling festival, from Oct. 30 to Nov. 22, will also feature three other events, including the Formosa 900, Sun Moon Lake Come! Bike, and OK Taiwan Bike and Horse Riding Tour.

Now in its fourth year, the Taiwan KOM Challenge is continuing to attract professional cyclists from around the world.

Last year, John Ebsen of Denmark completed the route in 3 hours, 40 minutes and 5 seconds from the official timed start, which began after an 18-kilometer ride.

The total prize money for the Taiwan KOM Challenge this year is US$80,000, with US$32,200 going to the winner, and the rest to riders in 2nd to 6th place, according to the organizers.

The Sun Moon Lake Come! Bikeway tour, meanwhile, will be held Nov. 14, with more than 3,000 cyclists from home and abroad participating in the event, which comprises carnival programs and a 30-kilometer ride around the lake in central Taiwan.

Formosa 900 is the highlight of the festival and is expected to attract 20 local and foreign cycling teams, which will depart from different locations around Taiwan at the same time on Nov. 14 and cycle around the island for the next nine days and eight nights.

The OK Taiwan Bike and Horse Riding Tour is a month-long event in October co-sponsored by the Taichung tourism office, with the aim of promoting scenic spots in the Greater Taichung area in central Taiwan.

In addition to cycling competitions for people in various age groups, the event features bike tours along scenic bike routes and entertainment programs at the Houli horse farm.