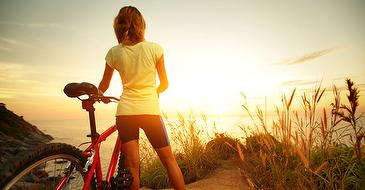 According to Agnes Hwa-Yue Chen, representative of the Taipei Representative Office in Germany, the European Union is currently the largest importer of bikes made in Taiwan.

At the Eurobike show recently held in Friedrichshafen, Germany, Chen pointed out that more than two million Taiwanese bicycles were imported to Europe in 2014, and that 1.48 million units were exported globally in the first four months of 2015.

Also present at the show, Tony Lo, chairman of the Taiwan Bicycle Association and CEO of Giant Bicycles, noted that even with the current economic turbulence in parts of Europe and a falling euro, the bicycle industry of Taiwan managed register a growth of almost 11 percent in exports to the EU in the first quarter of 2015.