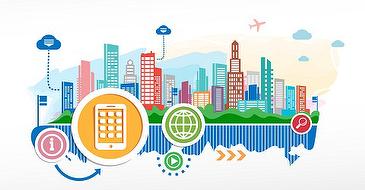 Lo Ta-sheng, deputy director-general of the ministry's Department of Industrial Technology, made the remarks at the summit, organized by the Ministry of Economic Affairs to address the ever-evolving world of the Internet of Everything and how 5G technology will be developed.

Lo said that Taiwan has become an important supplier of the world's information and communications technology (ICT) products due to its customer-oriented manufacturing capability and its advantages of low cost.

The summit aims to help Taiwan's industries tap into the next waves of business opportunities in the ICT technology sector and share cluster leadership in the 5G field along with Europe, the United States, Japan and South Korea.

The International Telecommunication Union (ITU) has defined 5G network speeds as being 10 Gigabits per second (Gbps), with peak speeds of 20 Gbps, according to Chung Char-dir, the executive secretary of the Executive Yuan's Science and Technology Advisory Group, who said 5G technology is expected to usher in a new era for wireless technology.

The Taipei 5G Summit brought together representatives from domestic and foreign leaders in the 5G sector and 5G standard bodies and promotion associations, such as ITU-R, 5G PPP, 5GMF, the European Union, and international telecom operators such as KDDI, CMCC and NTT DoCoMo.