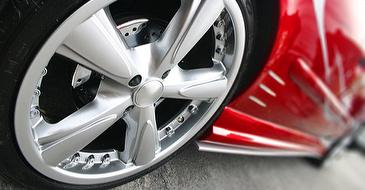 The Taiwan External Trade Development Council (TAITRA) will be leading a delegation of Taiwanese auto parts companies to attend the Latin Auto Parts Expo in June 2016.

The Latin Auto Parts Expo 2016 will be held at the ATLAPA Convention Center in Panama City, Panama on June 15-17, 2016. The delegation is part of the TAITRA's ongoing efforts to promote Taiwan's exports to the Latin and Caribbean markets.

A total of 15 companies form the TAITRA delegation of to attend the expo in June 2015. The members participated in the expo through the Taiwan Pavilion, where they showcased their products and services.

The Latin Auto Parts Expo is a major auto industry show in the Caribbean region. In 2015, the show was joined by 356 exhibiting companies from 22 countries and was visited by a total of 3,050 buyers from 62 countries.

Among the major buyers who visited the 2015 Latin Auto Parts Expo were firms from Ecuador, Honduras, Paraguay, and Venezuela.

Panama is a key economic hub in the region. Every year, hundreds of thousands of buyers would flock to Panama to attend the various industry trade shows held in the country.