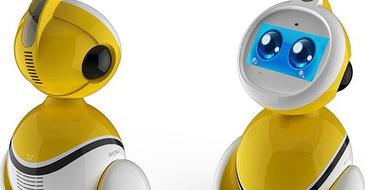 new homecare robot, the 6 S, which it plans to launch at the end of this year.

decade. The 6S is the company's latest creation, which follows its SKS 1 to 7 series of

Standing at 15cm tall, the 6S offers a wide array of functions, including medicine

According to the company, the 6S will also feature a carbon monoxide detection and

alert system. Moreover, customization options such as color and shape profiles will

also be available in the future.

SKS has disclosed that the 6S may be priced at around NT$5,000 in the local

Taiwanese market, and that the company has already received thousands of

inquiries about the product.