Rising to the Challenge of Structural Shifts in World Trade 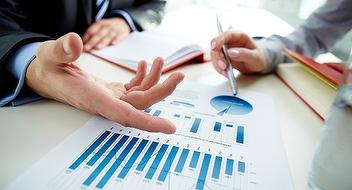 According to WTO statistics, global exports in the first five months of 2015 registered an 11.3 percent decline, where the exports of North America, Europe and Asia experienced declines of 6.1 percent, 15.5 percent, and 5.4 percent, respectively. Moreover, the WTO also found a decline of 13.8 percent in global imports. It can be said that world trade in 2015 has experienced a decline due to the collapse of oil and commodity prices, but on a grander scale, one can see that world trade in general has undergone significant structural shifts since the global financial crisis of 2008. In particular, the shifts can be observed in the structural changes found in the advanced and emerging markets, the world's demand and consumption patterns, the development of the global value chain, the world's goods and services trade, and the world's physical and virtual distribution channels. Together, these changes have contributed to significant structural shifts.

Looking at the attempts taken by the world's major economies to rejuvenate their slowing exports, one can see that such attempts are aligned with the structural shifts, for example, South Korea’s “Enhancement of Export Competitiveness Initiative,” China’s Several Opinions on Promoting the Steady Growth of Imports and Exports, Singapore’s economic transformation measures, Japan's trade expansion and “Cool Japan” strategies in the third arrow of Abenomics, “Economic Growth Measures” and the United States' “2015 Trade Policy Agenda.” It is clear that these attempts are designed to address very specific targets, including industrial innovation, trade reform, regional economic integration, establishment of wider presence in emerging markets, goods and services integration, and the development of e-commerce. These attempts may not be effective imminently. Apparently, they come into existence in response to the need of international trade in a new epoch, industrial development, global value chain and consumption demand.

Faced with the challenge of structural shifts in world trade and in order to address the new structure and new trend in the course of global economic and trade development, Taiwan has adopted short-term diversified measures. Furthermore, it has also implemented mid and long term “Measures to Strengthen the Economy” geared towards boosting its export performance.