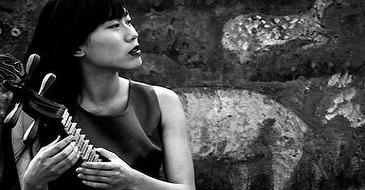 Musician Tsai Hui-ya has become the first Taiwanese to be named a fellow of a U.S.-

Music," the American Institute in Taiwan (AIT) announced on Aug. 21.

Tsai, who plays a Chinese string instrument called the "liuqin," will join with 24 other

civic engagement to promote resilient civil societies, according to an AIT Facebook

OneBeat fellows are life-long ambassadors for their communities and cities, and

across the globe, the AIT said.

Now in its fourth year, OneBeat, a music diplomacy program initiated by the U.S.

Department of State's Bureau of Educational and Cultural Affairs (ECA), will return to

Montalvo Arts Center in Saratoga, California for a two-week residency.

in central Oregon and venues in Portland, Oregon before culminating in Seattle.