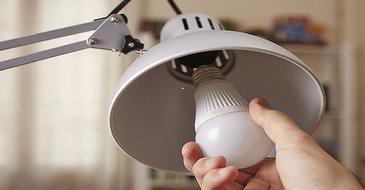 As I understand it, most incandescent bulbs turn 90% of the energy they consume into useless heat. This means less than 10% of energy is converted into light. Not only are they a waste of energy, they also have a shorter lifespan. An incandescent bulb normally lasts only about 1000 hours.

China’s National Development and Reform Commission promulgated the Planning of Semiconductor Lighting Energy Saving Industry in 2013, which has been helped expand annual average output of the said industry by 30 percent. Output of the industry this year is projected to reach 450 billion renminbi.

However, the LED industry in China is facing tremendous pressure nowadays. 90% of the LED enterprises in the sector are likely to banish by 2016. In other words, It’s lights out for them so to speak.

But for Taiwanese LED manufacturers, it’s an opportunity to spread their glowing presence across the Taiwan Strait. Compared with the products made in China, LED bulbs manufactured by Taiwanese enterprises possess better quality and higher price-performance ratio. That’s a big plus for the Taiwan side.

By seizing every opportunity, the Taiwan LED industry may yet brighten up the lives of consumers in the Mainland. With most of the light givers gone soon, they also can avoid getting involved in a vicious price war.

Looking ahead, the LED market foresees a tremendous expansion with the integration of smart-home and smart-road lighting applications. And on the basis of my conservative estimates, there are still hundreds of billions in business opportunities waiting to be tapped.

Suddenly, I can see a distinct glow in the smiles of the makers; I’m sure that’s coming from an LED light.