Hou Hsiao-hsien film retrospective to kick off in August 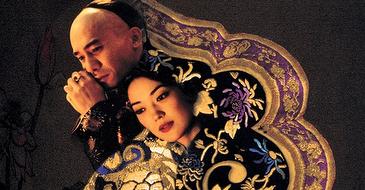 A collection of films by prominent Taiwanese director Hou Hsiao-hsien will be screened at a festival in Taipei in August, ahead of the Taiwan release of his latest award-winning film, "The Assassin," that month.

A total of 14 films by Hou will be shown at the SPOT-Huashan cinema and SPOT-Taipei Film House from Aug. 14-24, the Taiwan Film and Culture Association, organizer of the festival, announced Thursday.

Hou will attend a talk after the screening of "A City of Sadness" at SPOT-Huashan cinema Aug. 16, according to the association.

Hou, 68, is a prominent figure in Taiwan's "New Wave" cinema movement, which began during the 1980s. The movement is characterized by realistic and sympathetic portrayals of Taiwanese life, which marked a departure from the kung-fu action movies and melodramas of earlier decades.

In May this year, Hou won the best director award at Cannes with "The Assassin," his first martial arts film. Set in 9th century China, the film is about a general's daughter named Nie Yinniang, who is abducted by a nun at the age of 10 and trained to become an assassin. The film is scheduled to hit local theaters Aug. 28.

Hou is known for his long takes, minimal camera movements and his observant and realistic style of filmmaking.

His film "A City of Sadness" won the Golden Lion at the 1989 Venice Film Festival, becoming the first Taiwanese film to be awarded the honor. "The Puppetmaster," featuring puppeteer Li Tian-lu, grabbed the Jury Prize at the 1993 Cannes Film Festival.