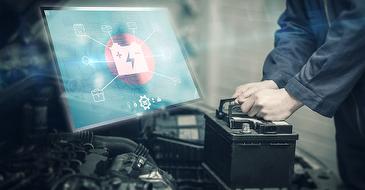 Delta Electronics Inc., one of Taiwan's leading power management system suppliers, recently announced in a Paris event that it will soon be producing lithium-ion rechargeable batteries that can be used by electric buses and power storage facilities.

Delta made the announcement before a large Paris audience, including the local buyers and 170 distributors from 36 countries in Europe, Africa, the Middle East, and Russia.

At the event, Delta showed off its lithium-ion rechargeable batteries for the first time. The company acquired the lithium-ion battery business division of Mitsubishi Heavy Industries back in June 2014. The deal covered the transfer of production technology, manufacturing equipment, various patents, and client contracts.

The company has indicated that it will start official mass production at one of its production facilities in Taoyaun, Taiwan, in January 2016.

The company also indicated that its initial production target is 200MW, starting with the production of battery cells for megawatt-level storage operators and electric bus providers in Japan.