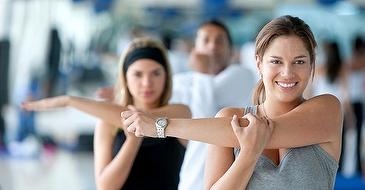 Under Armour and Taiwan: the Unlikely Pair

The biggest news in the sportswear market this year is this: Adidas, the European brand with 90 years of history, lost its No. 2 position in the fiercely competitive U.S. sportswear market last year to Under Armour, Inc., a young company founded in Baltimore merely 18 years ago. It seemed that this development had little to do with Taiwan. However, when the news was released, several Taiwanese textile companies caught capital market’s attention as “Under Armour-related manufacturers.” Accordingly, these companies’ stock prices rose sharply. This phenomenon reveals a profound partnership between Taiwan and the U.S. in the sportswear industry.

Out of Every 10 Yoga Wear in the U.S., 8 Use Fabrics from Taiwan

The trend of “functional fashion” in sportswear makes it widely popular in average American’s day to day clothing ensemble. Behind the successes of Nike, Under Armour, the North Face, Columbia and Patagonia as leaders of this trend, there is strong support from the textile industry in Taiwan.

Taiwan’s Textile industry is known for its strength in R&D. Their stories of being able to deliver high performance fabrics out of recycled materials, including coffee grounds and plastic bottles, are widely covered by media. Their agility in production makes them natural partners for U.S. sportswear brands which are always innovating and trying new ideas. Out of every ten pieces of yoga wear in the U.S., eight of them use fabrics from Taiwan. Successful stories like these are easy to find.

Everest Textile holds the record for producing the lightest fabric in the world. The five denier yarn developed by Everest is so light that it’s nicknamed “the emperor’s new clothe”. The company’s success in developing the “Windwall” (a unique fabric-bonding process that makes fleece fabric cut out windchill but still allow enough airflow to ensure dryness and comfort) for the North Face, has won itself the privilege of being the North Face’s largest supplier ever since.

New Wide Enterprise is a long standing suppliers for PVH, the world’s largest apparel company which owns brands such as Calvin Klein and Tommy Hilfiger based in Manhattan. This company does not only sell fabrics but also valuable know-how. Its customized consultation on fashion trends makes it an indispensable partner for PVH.

This profound partnership between Taiwan and the U.S. does not merely stop at the customer-supplier relationship. Both sides also work together on R&D. Everest Textile applies 3M’s famous “Scotchguard” on fabrication, and produces new water repellent and eco-friendly fabrics that can be used in sportswear. On the consumption side, Taiwan is also a great market for U.S. sportswear brands. Under Armour opened its first store in May 2013. In just 2 years, its presence in Taiwan now includes 16 brand stores and nearly 150 dealers. For the U.S. sportswear industry, Taiwan is a valuable partner that plays multiple roles as a supplier, R&D partner, and a highly profitable market.