'A Journey to Taiwan' wins award at New York festival 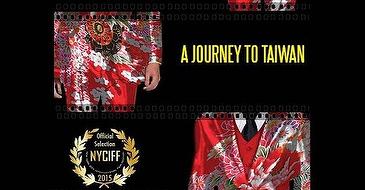 The film marks Breton's directorial debut and includes cameos by his muses Frankie Grande, Kiera Chaplin and Angel Pai along with a fashion collection on the main stage that reflects Breton's love of Taiwan and the country's beautiful landscapes.

"Malan Breton takes us on a journey to Taiwan, to find inspiration, to revisit his childhood, to honor his grandmother, and to create the most pivotal collection of fashion he has ever shown at Mercedes Benz New York Fashion Week," said a movie review on the Internet Movie Database (IMDB).

Breton is the designer and creative director of the brand that carries his name, as well as Malan Breton -- Fantôme, Malan Breton HOMME, and Malan Breton Bridal Collections. He also licenses his name to a line of luxury outerwear and shoes.

Born in Taipei and currently residing in New York, Breton has been designing since the age of 11 and is known for his signature detailing and fabrics.

He won the 2014 European Fashion Council "Eirene" Fashion Award, the 2014 Fashion Icon of the Year award from United Colors of Fashion Inc. (UCOF), and was nominated for a 2011 WGSN Global Fashion Award.

In April 2014, Breton was voted by Ranker.com as the 24th most famous person from Taiwan for his work in fashion.

In November last year, his company was ranked 10th among the top 200 fashion companies in the world for their presence in social media.