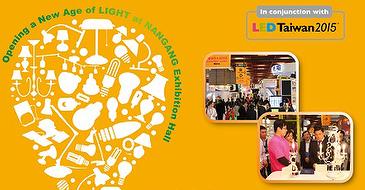 Exhibitor registrations to the 2016 editions of the Taiwan International Lighting Show (TILS) and LED Taiwan are now open.

The two annual trade shows, which will be held alongside each other, will take place at the Nangang Exhibition Center in Taipei from April 13 to 16, 2016.

TILS has been the biggest showcase in Taiwan for lighting technologies and applications, and its scale has been steadily growing.

In 2015, TILS and LED Taiwan together featured 337 exhibitors from 10 countries, creating business opportunities estimated at more than US$13 million. A total of 898 exhibition booths were set up during the two events.

The two events attracted 1,022 buyers in 2015. Among the international buyers were visitors from the United States, China, Hong Kong, Japan, Singapore, Germany and many other markets visited. Among the major local buyers were Hon Hai Precision Industry, the Taiwan High Speed Rail Corporation, and the Taipei Rapid Transit Corporation, TAITRA added.