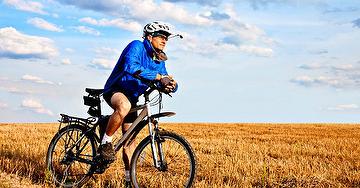 The organizer of the 2016 Taipei Cycle recently held a pre-show product showcase that wowed the fans at the most famous scenic spot in Taiwan, the Sun Moon Lake.

The lakeside showcase was held by the bike show's organizer, TAITRA. The showcase featured the latest entries to the Taipei Cycle d&i awards 2016. The awards is touted as the seal of quality for excellent designs and innovations in the bicycle industry.

TAITRA also held a round-the-lake scenic cycling event on the day. The Sun Moon Lake lakeside cycling trail is regarded as one of the most beautiful bike trails in the world.

Among the highly talked about products in the showcase were a super luxurious smart racing cycle, an IoT-enable Li-ion battery pack, an eco-friendly bike pedal made from recycled rice hulls, and an ultra-compact foldable bike that is capable of carrying loads up to 160kg.

The 2016 Taipei Cycle show will be held at the Taipei World Trade Center Hall 1 and the Nangang Exhibition Center from March 2 to 5 in 2016.

According to TAITRA, the 2016 show is expected to gather total of 1,100 exhibitors from around the world across the two venues in Taipei.